My brief was for two circuits and as much trackwork as possible, with main and branch line stations (including goods yards) hidden from each other by woodland.  Also specified was a loco shed, farm, viaduct, river, and a timber yard with operating crane 'for the grand-children'.  The front face of the layout is protected by a Perspex screen.Trackwork is Peco (Code 100 to permit use of old Hornby Dublo and Wrenn stock).   There are two independant concentric circuits with various loops and sidings. Points are operated from a central switch panel.

The Signals are modified from Ratio kits.   All home and some distant arms are motorized, switched  automatically from the point motors.   Tortoise point motors are used throughout.

The Buildings are mainly off-the-shelf items.   The station canopies and Dunwich Signal Box (added after the photos were taken) are Ratio kits.   The farm bridge is a Wills kit and the river bridge is scratch built apart from Peco n-gauge girders.   The stone road bridge is entirely scratch built.   The Viaduct is made from four off-the-shelf Viaducts. 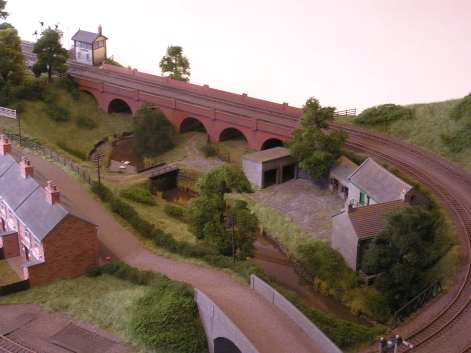 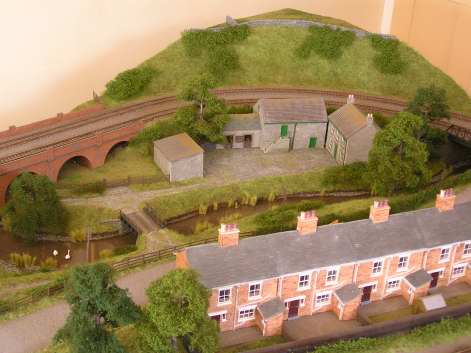 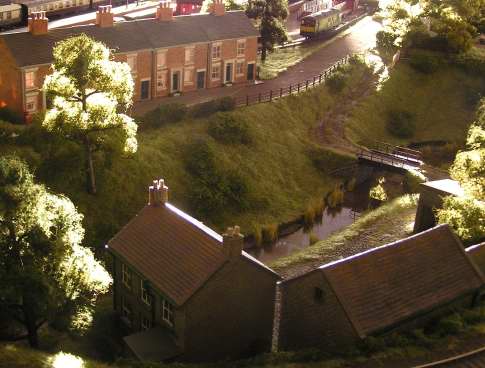 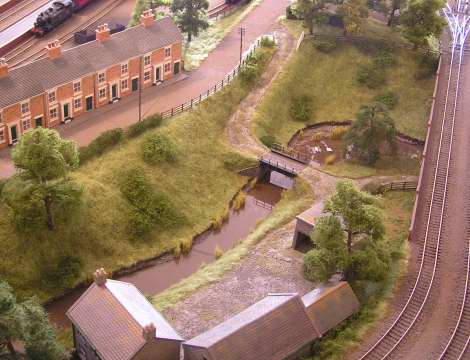 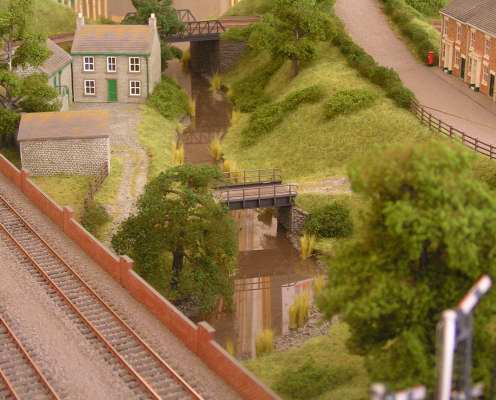 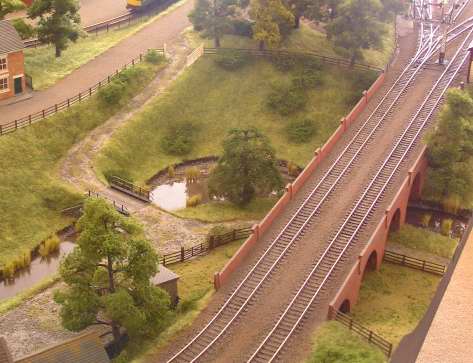 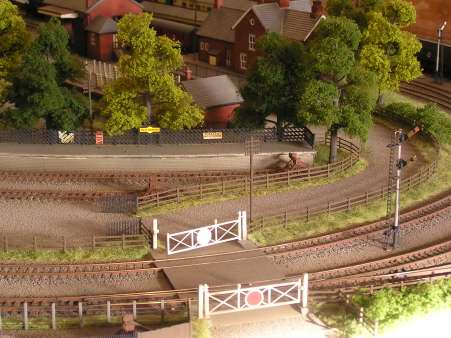 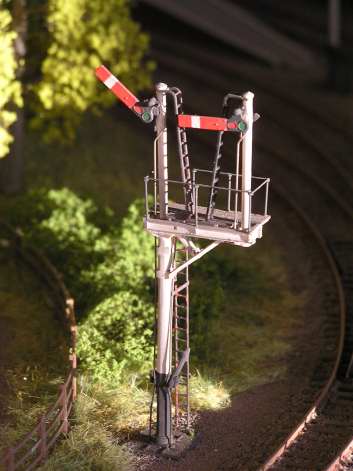 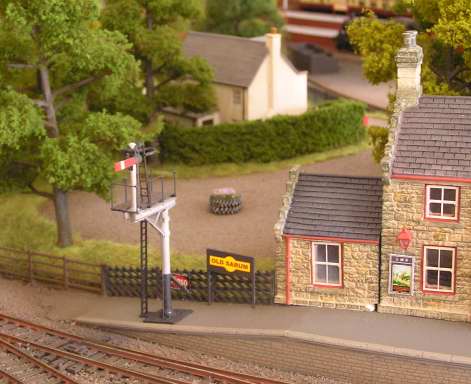 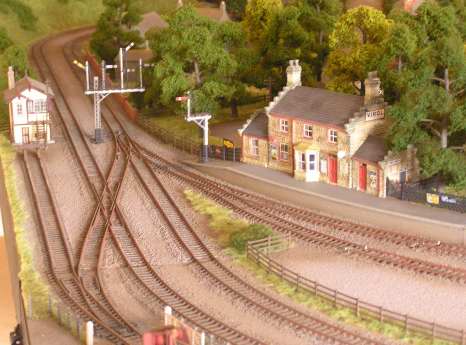 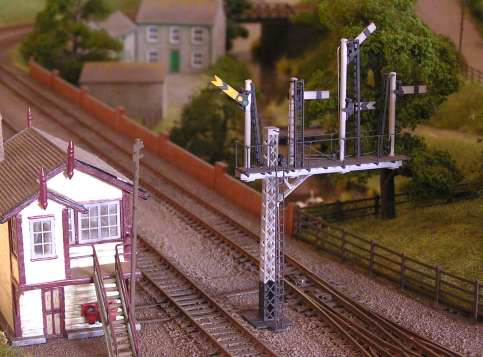 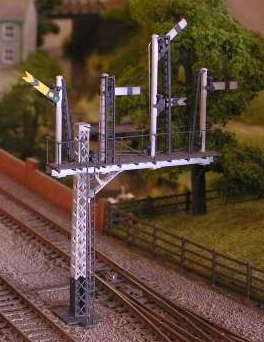 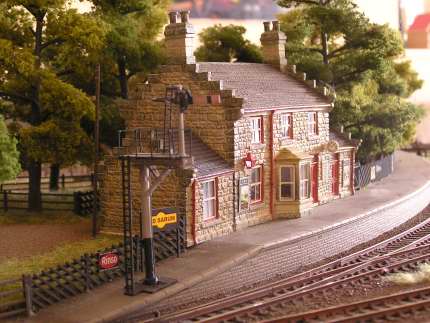 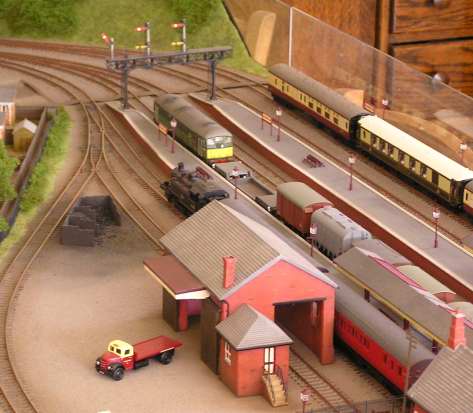 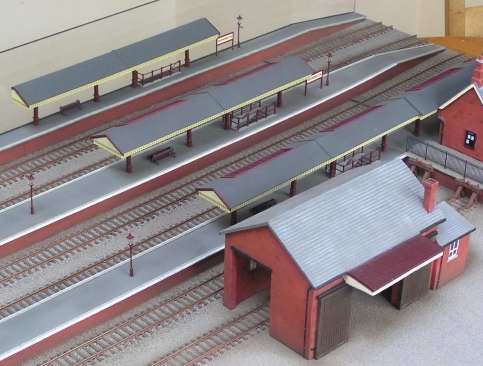 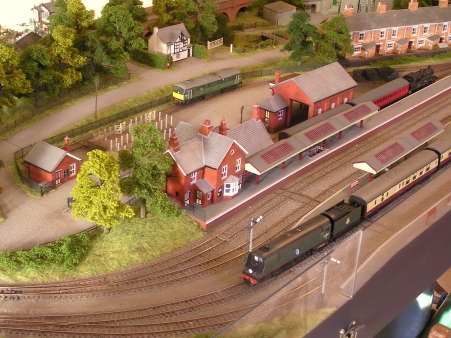 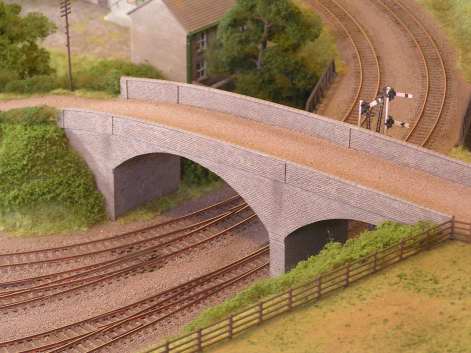 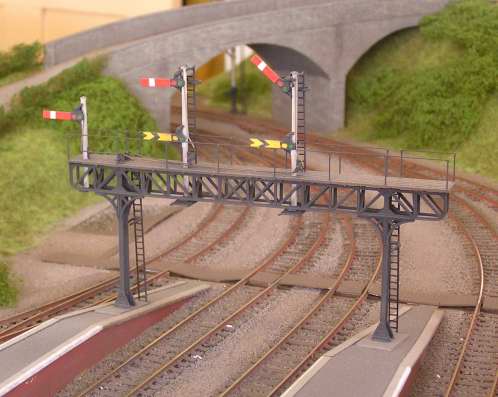 Return to the top of this pageHome PageOur Layouts
Our Dioramas