This was my own exhibition layout, built and exhibited during the 1990s.  These photos were taken in 1997 before the layout was finished, with the brewery recently added and the remaining backscene buildings not yet in place. 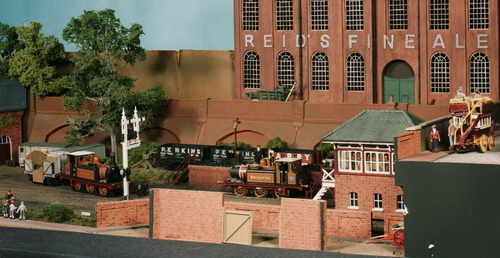 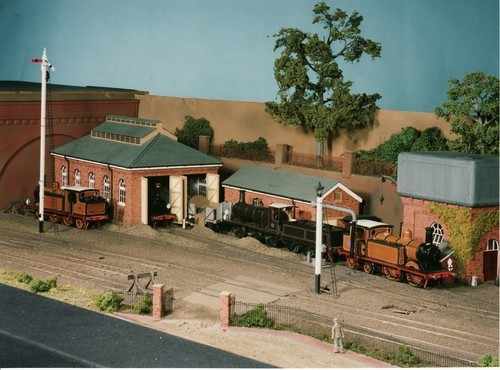 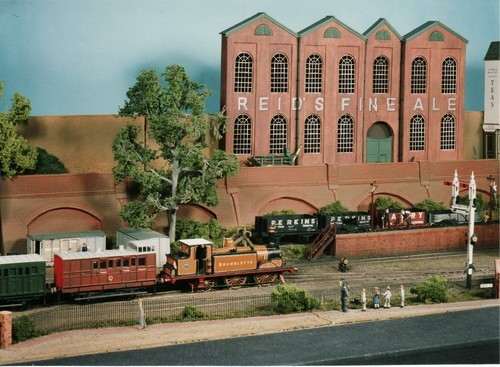 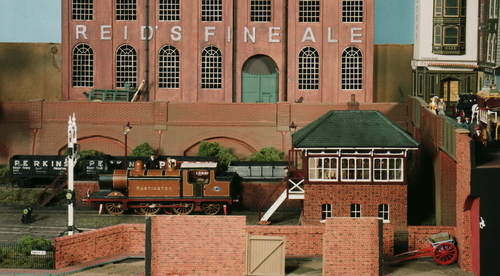 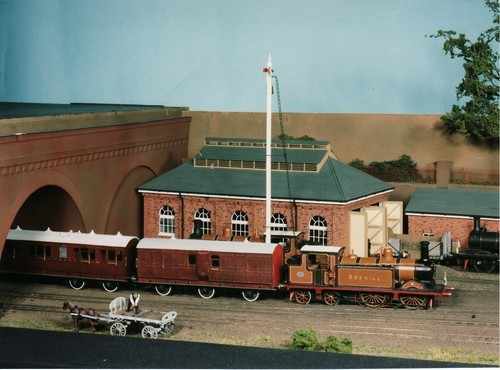 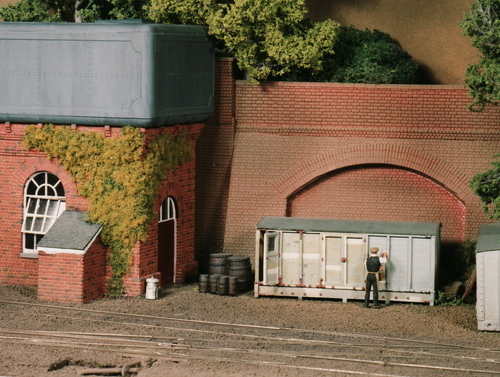 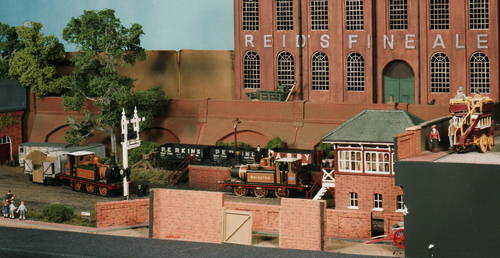 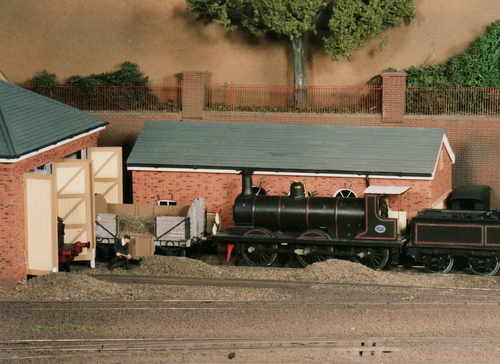 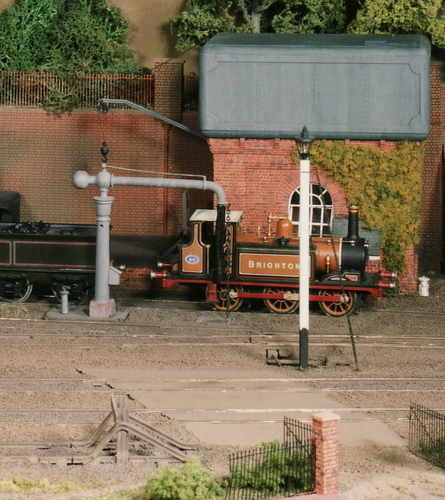 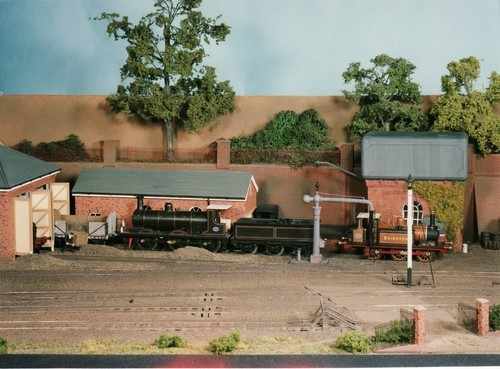 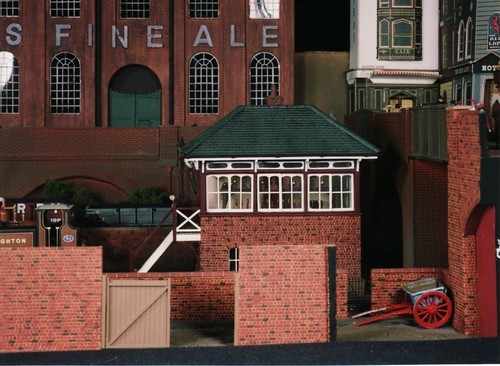 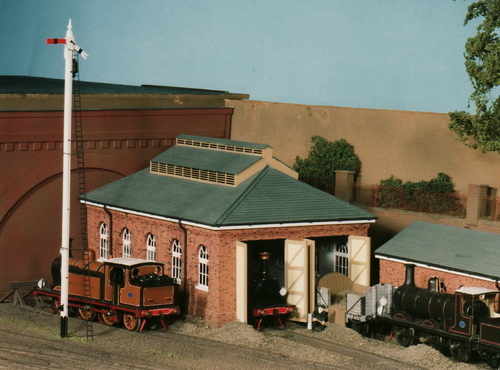 Emily Street Shed depicted a late-Victorian LB&SCR loco shed 'somewhere in South London', with scratch-built buildings based on actual prototypes and kit-built period stock in full Stroudley livery.  Built originally by Graham Webb as a minimum space modern image MPD, I bought the layout from him, turned the clock back 100 years, and the layout gradually evolved into the scene you see above.

The scenic part or the layout measured just 4 foot by 15 inches.

Emily Street Shed attended some 40 exhibitions between 1993 and 1999 and won a number of 'Best in Show' awards.  I sold the layout in 1999, a decision I have regretted ever since!  I still have some of the stock.

The Brewery was a Langley Miniature Models kit, and the street buildings Supaquick kits.

STOCK:
All wagons, carriages and road vehicles were kit built, as were the locos apart from two Dapol "Terriers".

SIGNALS and YARD LAMPS:
The late 19th century LB&SCR signals and yard lamps were based on actual prototypes and were scratch built from brass utilizing some components from MSE.  They were fully operational and were, probably, the most difficult projects I have ever undertaken!

The revolving LB&SCR shunting signals, both ground and post mounted, were made from MSE components and again were fully operational with working lamps.


Return to the top of this pageHome PageOur Layouts
Our Dioramas